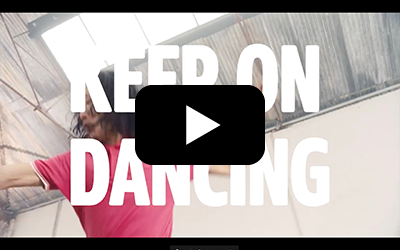 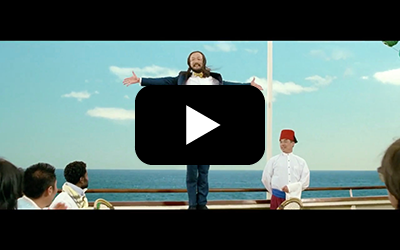 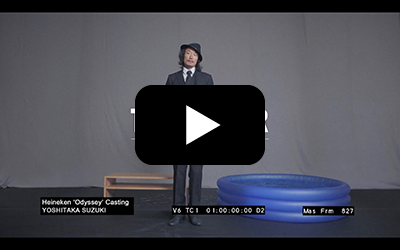 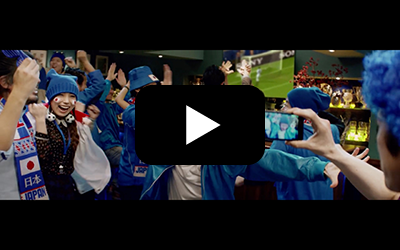 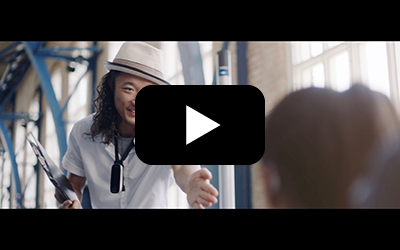 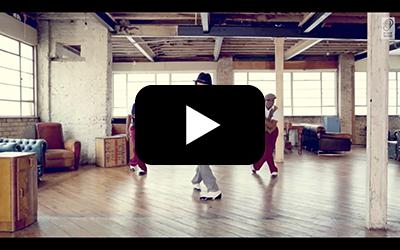 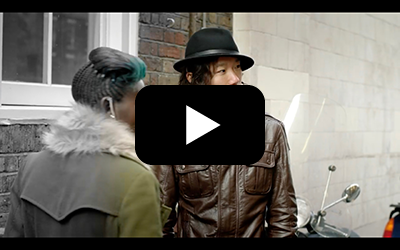 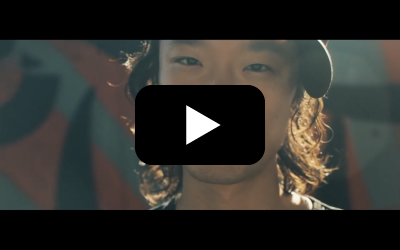 " YOSHITAKA SUZUKI's performance in front of the excited audience showed dance figures from Japan never experienced before. All Japan Festival Berlin 2018 visitors regarded YOSHITAKA SUZUKI as one of the highlights of the weekend. "

" The dynamic dance performance of YOSHITAKA SUZUKI shows a mix of traditional Japanese dance figures in combination with his own modern dance choreography. We had so many positive and enthusiastic reactions of the visitors of the Japan Festival 2017 in Amstelveen and his performance was one of the highlights of the festival! ”

“ Yoshitaka Suzuki has been a prominent figure in London's and the International dance scene. It is with great pleasure we endorse and give a support to this adventure in dance and creative Japanese expressions. ”

" Yoshitaka, obviously his creativity and technique, I was deeply impressed his attitude to express to the limit of himself and world-class improvisation dance. "

" Dancer who graft Japanese spirit onto global-level techniques, that Akita boasts to the world. " 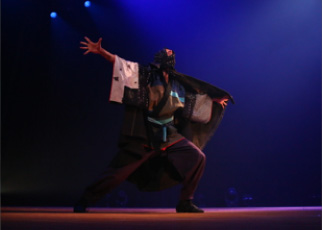 “Akita no Gyoji" - Duration:13 minute
Dance expression of “Akita no Gyoji"(The events of Akita) painted by Tsuguharu Foujita in 1937. It shows the daily lives and festivities of 107 people of Akita, their casual poses and dynamic movements looked like they were all dancing. Premiere in 2015 at Hie Hachiman Shrine, organized by Akita Museum of Art. 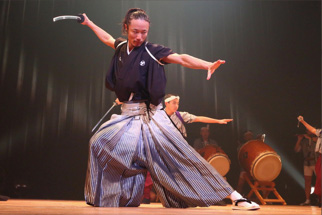 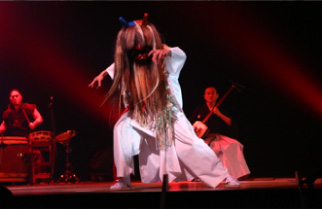 “Namahage" - Duration: 10 minutes
On New year's eve, Namahage come down from mountain and go around local houses to warn lazy kids and bad behavior person.
And bring protection from illness and disaster for new year.
Namahage is not demon, but God. 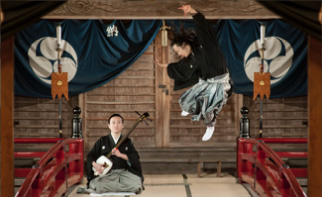 “Akita Nikatabushi" - Duration: 3 minutes
Improvisation dance which touches air water, light and soil of homeland with a traditional folk song played by shamisen.
Music：
The Cat Walk Jazz Band 羽川剣ばやし保存会(Hanekawa Kenbayashi Preservation Society) 伽羅(Kyara)
Costume：
真砂三千代(Michiyo Masago, Afa) 石川千秋(Senshu Ishikawa) 呉服やまだい(Gofuku Yamadai) 和〜夢(WAAMU) NPO法人 油谷これくしょん(Aburaya-Collection)
Photo：
Irven Lewis PHOTOX
Film：
mel digital
I danced “Akita no Gyoji” at an event for a mural by Tsuguharu Leonard Fujita at a performance sponsored by Akita Museum of Art at Hie Hachiman Shrine in October 2015. It depicts the season and festivals of Akita. More than 400 people came to enjoy the performance. Though it was my very first time to express a painting by dance, I felt a good response and big possibility after the performance. I’d like to study and absorb a lot of folk performing arts and culture of Akita including “Akita no Gyoji”, “Akita Ondo”(teodori dancing) and “Namahage Daiko”(drum playing). I will perform them mixed with my own dance to create a new style. I hope European people will watch my performance. To express folk performing arts of Akita/Japan, I’m thinking to have my base in The Netherlands and play an active part in Europe.
2015年10月、秋田県立美術館主催で藤田嗣治の大壁画「秋田の行事」を踊りで表現。確かな手ごたえを感じ、日本の民俗芸能や文化をもっと学び吸収し、自分のダンスと合わせて全く新しい表現方法でパフォーマンスをしたい。それをヨーロッパの人々に見てもらいたい。日本には、秋田にはこんなに素晴らしいものがあるということを自分の表現を通して伝えるために、オランダに拠点を作り、ヨーロッパで活動したいと考えています。